I Am All About Personalized Coaching 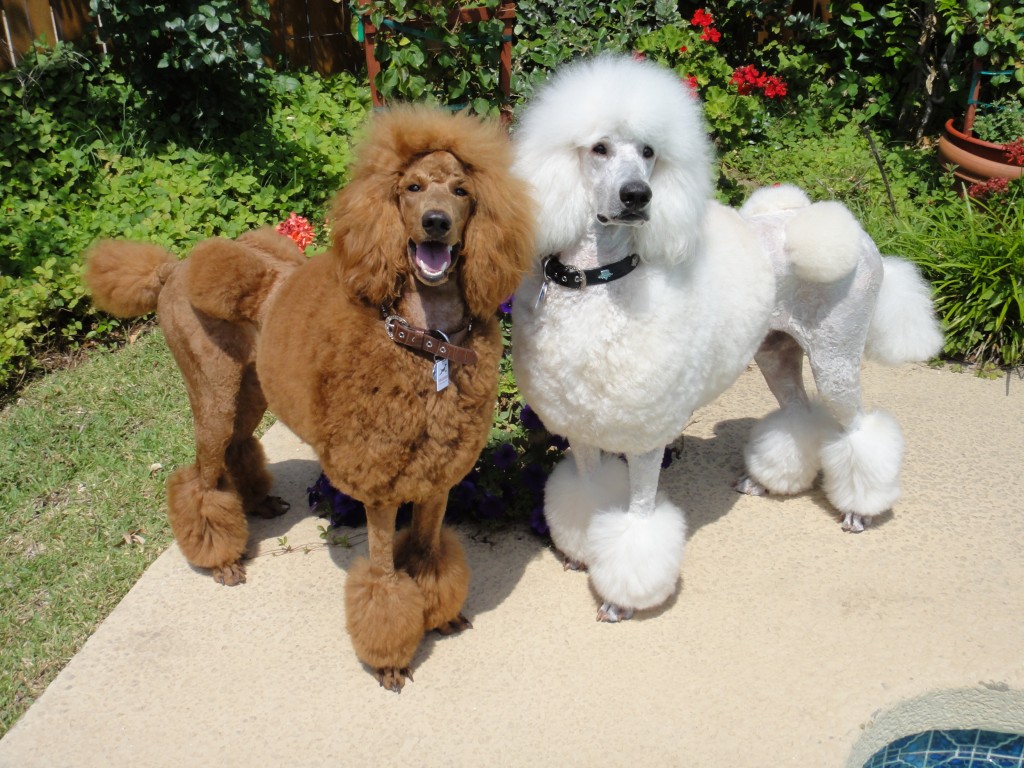 “Acting is sharing your heart deeply with another human being. — Cathryn Hartt

Cathryn Hartt, a Juilliard graduate and founder of Hartt & Soul Studio, was voted as the best acting coach in Texas by Backstage.com.  Ms. Hartt is a regular Expert Advisor, also, for Backstage.com.  She has won awards for being  the best art school (as an acting coach in Dallas) and the  best theatrical school in Dallas.  She uses a very unique style combining professional acting techniques and her own heart-to-heart connection and intuition to help students trust and grow quickly.

Cathryn is an Expert Advisor for Backstage.

“I had amazing mentors as a child actress. They taught me discipline, respect of others and myself, acting skills, how to always be at the top of my game, how to find joy in anything asked of me, to try to understand others, creative freedom, the excitement of loving life, courage and truth. This is payback time for me. It is a deep commitment to be there for others.” — Cathryn Hartt

Ms. Hartt was introduced to acting as a child in Dallas because her sister was too shy to give a book report in front of her class in school. Their mother sent them to acting school and both fell in love with acting. Soon, both were working constantly in theatre, film and television. A word of hope to shy souls, Ms. Hartt’s painfully shy sister blossomed into a very confident actress known as Morgan Fairchild.

Ms. Hartt attended The Juilliard School in New York City, where she graduated with a Bachelor of Fine Arts degree in drama, under the tutelage of the legendary John Houseman. In New York, she also studied under Marian Seldes, Michael Kahn and Nancy Marchand for drama, Edith Skinner for speech and Elizabeth Smith for voice.  Her training also includes improvisation with Second City in Los Angeles and training in singing, Comedia del Arte, mask work, circus technique, Grotowski Technique, Alexander Technique, classic style and dance.

Her sister, Morgan, became Cathryn’s first student many years ago when Cathryn would teach her the technique she learned at Juilliard. The working relationship was a match made in heaven and Cathryn, naturally, began coaching Morgan in stage productions when there was short time for preparation. Other cast members became intrigued with the results and began to ask Cathryn for help too. Along her own 52 years of acting jobs in theatre, film and TV, Cathryn began to hone her natural love of coaching others. That love of connecting to others is the main thrust behind her school. She has, also, been in casting and directing. Thus, she combines the synergy of what it feels like from inside the actor, what the casting agent is seeking and what it needs to put a final spin to be great.

Plus, Ms. Hartt uses her intuition to feel where the “light” is in each student and how to set it free to make magic. Reaching each person deeply can effect greater fulfillment. Ms. Hartt has a special talent for listening to your need and understanding how to make it happen. Her ability to communicate deeply with any number of people and to sense what they need from her is one of her trademarks. Corporations and individuals with personal or business development, goal setting and motivational training are welcome.  And her summer acting camps are known as the best in Dallas.

“Cathryn has the training, the talent and the skills that make her a terrific teacher, but probably her greatest gift is her innate ability to reach out to people of all ages and get them to see their own potential. I’m thrilled that she has decided to help other young people open the doors to their talent, just as our mentors did for us.” — Morgan Fairchild 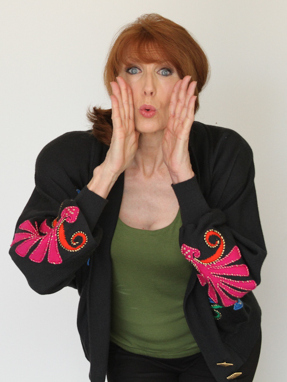 “Thank you for the great audition tape for the Smuckers Brothers campaign. Your tape helped Hunter beat out 600 other kids for an important national commercial!” — Susie Feinstein (Clutts Agency)

“I only have a short list of coaches I recommend and Cathryn Hartt is at the top of that list! Her coaching is honest, thorough and she is truly there for her students. I trust her to get my talent where they need to be before an audition. As an agent, its nice to have someone in your corner pulling for your actors to succeed just as much as you do!” –Dannette Linicomn  (Heyman Agency)

“I have sent kids to Cathryn for her classes and taping for years, she works really
hard for them!” — Barbara Blanchette
(Campbell Agency)

“Hunter booked Silas in “Weeds.” He shot his first scene today. Thanks for all you did.” — Annie Tharp & Hunter Parrish

“Thanks for all your help with Haley before the move to LA. She has booked “Flightplan”,and just wrapped “Yours, Mine and Ours.” — Barbara Ramm

“Thanks so much for your coaching to help Michael get accepted to the Youth Theatre Camp at Juilliard in NYC this summer. The woman in charge said that he was the best prepared student she’d ever auditioned.” — Dana Feldman

“Thanks! I got accepted at the Youth Theatre Camp in NY.” — Caroline Dingwall

“I commend you on the wonderful coaching work you have done with the two candidates applying to our program. Your guidance grounded them in a way that helped to surface some very genuine moments. Clearly you are a superb acting coach and a very empathetic guide.” — Allyn (Director of Youth Theatre Camp)

“Thank you for the wonderful class. The fact that you were able to adjust the class for each student’s needs was not only amazing, but it made the class truly successful. In a very short time, you taught me the most significamt adjustments that I needed for successful on-camera work.” — Jay Prichard

“I learned more about myself in your classes than I did in any day of my life. I know parts of my heart now that I didn’t understand before. Thank God for what you helped me see…potential in myself. You really make a difference in people’s lives. You touched my life and now I will try to touch others. I’m enrolling in SDSU’s New Media degree program.” — Courtney S. Provost

“Thank you for all you have done!” — Randy Shelley

“Thanks for your coaching. I got into Booker T. Washington.” — Joanna Slagle

“Shelby has been accepted at Booker T. She owes you the most sincerest thanks for being such a brilliant acting coach!” — Kathy Sloan

“Thanks for you coaching. I got into Booker T.” — Shaina Rosenthal

“Wanted you to know that the new version of Melissa we worked on went over great!” — Paula Coco

“Thank you for providing me with tools and knowledge. I am going to my auditions more prepared and am seeing results from our work. I have been called back to the last four auditions I have been on!” — Richard Curtin

“I can truely say without a doubt that everything listed on my resume and the bookings to come are a direct result of you.” — Reece Rios

“We just made the move to California and Kalyssa just got a call back for aDisney TV pilot. Shes also filmed a commercial and 3 student films. Thank you so much for the classes! Kalyssa learned a lot!” — Rebecca Petersma

“I GOT THE PART! Thank you for your help, encouragement and wonderful input!” — Paige Blackmon

“Thanks! Evie has landed everything she’s gone up for here in LA this week!” — Amy Thompson

“Thank you so much. My audition was so much more confident because of our work. It felt great.” — Alicia Spinozzi

“Thank you for offering such a wonderful class to Remy. I would defintely agree with others when they say they feel as though they have known you for years. I really think that you are a wonderful person and are very talented with people.” — Barabara Sammon-Skyme

“The audition tape you made me helped me to get a lead role on a commercial in Austin. I am now SAG eligible. Thanks for your help!” — Ralph Goin

“Your class is awesome. I am feeling more confident about LA everyday!” — Josh Wilson

“I was really impressed with your class! The way you got my emotions going was awesome!” — Kelli Cook

“Thank you for the excellent camp. Julianna learned so much and it helped her to learn to be really excited about learning and doing more.” — Judy Keller

“Thank you….thank you, Ms. Hartt. I got the part! You are the best! I can’t wait to see you for the next class.” — Kimberly Kottwitz

“Thanks for the classes. I just got the lead in my high school play!” — Adriene

“Wow! Thanks for the great help! I just got a great part. You really helped! I can’t wait to do private lessons.” — Nasir

“My child can’t wait to come to class each week! You connect with her on such a deep level.” — Sandy Coffeey

“I just did a live camera feed…and I was so much more comfortable than usual. Thank you so much!” — Lisa Kanarek

“My son has bloomed thanks to you!” — Jean Hagenbuch

“You’ve made such a difference to my kids. They love coming to class.” — Linda Manion

“Kate’s public delivery at her Bat Mitzvah and the way she carried herself were completely perfect and 100% due to your work. And the change was so so fast! I was amazed.” — Chris Kennelly

“I’m moving to California to start my career and I feel confident to do so because of your classes.” — Orion Hudgins

“You’re the best teacher I’ve ever had. Thanks for your awesome work.” — Jaime Curlee

“I got the call-back for the MGM movie! Thanks!” — Blake Kingsriter

“I got asked to be in the acting company!” Michael Feldman

“I would recommend the movie camp to anyone who has a passion for acting. You’re a beautiful person inside and out. Thanks for making it an experience to remember.” — Liz Mundy

“I moved to NY and just wanted to say I call upon the things you taught me often. Thanks.” — Sean Schemmel

“Thank you so much for your help. I got a standing ovation. I couldn’t have done so well without you.” — Olivia Vanderburg

“You made such a difference to Michael, my husband and I are telling our friends to send their kids.” — Dana Feldman

“I made it to LA. I love you so much, and I know I wouldn’t have made it this far if it weren’t for you!” — Laura Raymond

“We were in town (from Austin) a couple of months ago and you coached both my sons. We were so impressed with your knowledge and skill.” — Kara Chilleri

“Just wanted to let you know Josh was incredible at his Bar Mitzvah. People were in awe of his speech. He had unbelievable presence for a 13 yr old. We owe a big part to you.”

To schedule an in-person private or to ask a question of Cathryn Hartt, please email: harttandsoul@aol.com

Like Cathryn for lots of free training videos at www.facebook.com/harttandsoul 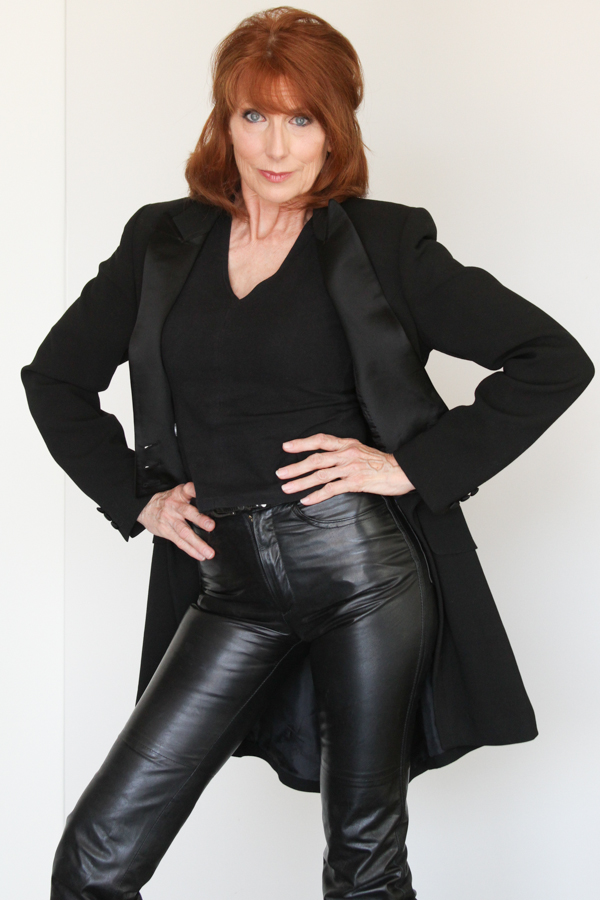